They’re all dead, of course. C’mon, it was nearly 2000 years ago. (Well, maybe not that Jesus guy. Some people reckon he’s still alive. And his mum.)

Oh, alright. Here’s what the rest of their lives were like:

The Three Wise Men went on to found one of the ancient world’s most profitable retail map businesses.

Mandy, Mother of Brian was killed by a hungry balm while traveling to Galilee in 38 AD.

Matthias (son of Deuteronomy of Gath) lived to a ripe old age by the simple expedient of not getting caught blaspheming again. He was careful to only blaspheme privately in later life. 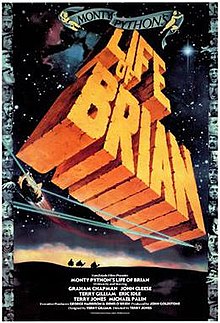 The Ex-Leper did ask Jesus to make him a leper again. It did not end well for him.

Nortius Maximus, based on surviving accounts, lived for at least five centuries and sired several thousand children all over the Roman Empire, as well as in certain bordering territories and trading partners. Based on the different appearances he assumed during his abnormally long life, he can safely be assumed to have been a master of disguise. Either that, or like James Bond, he was actually a bunch of womanising gits all using the same name.

The People’s Front of Judea collapsed into factional infighting after the death of Brian, as several of the leading members attempted to use Brian’s legacy to further their individual aims. Reg was killed by Stan – sorry, Loretta, Francis decided that his convictions were less strong than he had realised after he was offered a job as a tax collector for the Romans.

The alien spaceship buried under Jerusalem was discovered and excavated by the Knights Templar in the twelfth century AD. They later used it to evacuate from the planet after the execution of their last terrestrial Grand Master, Jacques de Molay.

Pontius Pilate was exiled to Gaul by Emperor Caligula, where he is rumoured to killed himself in a lover’s pact with his ‘pet’, the deaf and mad jailer.

The cult of Brianism survived its namesake by several decades, but its last few adherents were killed during the Judean Revolt of 70 AD.

The man who claimed that he was Not An Individual later discovered that he was, in fact, an individual after all. So that was nice for him.