First, the good news: the rise of iTunes and Napster and the like sounded the death-knell for the Music Town chain. So that’s nice.

The intervening years have not been easy ones for Joe and Lucas. New music sales have moved away from hard copy and towards software. But they persevered. The physical Empire Records store still survives as vintage vinyl shop, stocking mostly high end imports and the like, under Joe and Jane‘s loving direction. Their wedding and reception was held there, and AC/DC played the gig. EmpireRecords.com, on the other hand, is a struggling startup being run by Lucas, specialising in unsigned bands. It’s a long tail business that’s still waiting to reach a critical mass.

AJ and Corey are not married – yet. AJ‘s art career is slowly developing – Lucas throws him as much album cover design work as he can, but that’s not nearly enough to support himself, and working as a kitchen hand is wearing thin. Unfortunately, Corey, after nearly ten years in college, is still discovering new things to learn, and changing majors every second year. There’s a growing pile of offers from various companies and government agencies which is slowly weighing down their relationship. 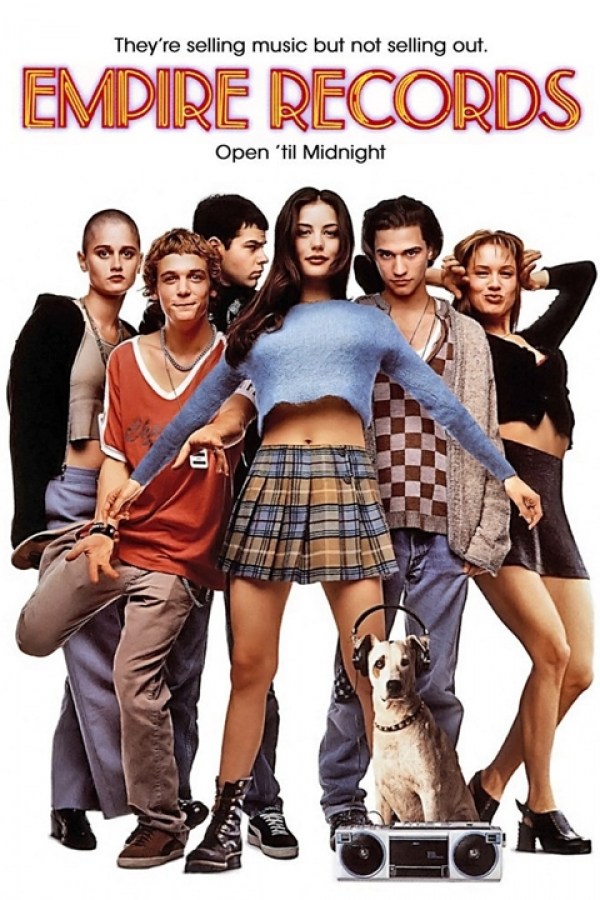 Debra is the accounting and software genius whose original idea EmpireRecords.com was. (Lucas fronts it only because his people skills are ever so slightly better than hers.) She and Berko are amicably split up, and she finds her career interesting (and time-consuming) enough that she doesn’t date much.

Gina has a reasonably successful career on Broadway, although she is occasionally troubled by thoughts of how easier to live in a world with no Kristen Chenoweth in it would be. She’s hoping that her role as a recurring character on the next season of Glee will take her to the next level.

Much to Gina and Berko‘s disgust, the most muscially successful member of the ER gang has been Mark, whose band Marc‘s psychedelic metal sound has amassed a huge following. They’re not in U2’s class, but they’re going to be some day soon. Without their sales, Lucas would probably be bankrupt by now – and without Lucas and Debra‘s advice, Mark would probably also be bankrupt.

Eddie is still Eddie. He still works in the store, and he’s happy there. In fact, of all the main characters, he’s probably the most happy.

Warren is currently trying to decide which college offer to accept, not much helped by the fact that every other person he talks to has a different suggestion. He’s probably going to listen to Lucas, in the end.