It was the Beatles’ first American tour, and it was more than a little crazy. The Fab Four were young and still new to fame, and America was in the midst of the upheavals of the Civil Rights movement. It was a tense time, adding additional stress to that of touring and being far from home. Ringo Starr received threats from anti-Semites who thought he was Jewish – and those threats were sufficiently credible that the band decided not to stay in Montreal after playing there on September 8, choosing to fly out that night for Florida.

But Florida had problems of its own, most pressingly, Hurricane Dora bearing down on it. The Beatles’ flight to Jacksonville was diverted to Key West, and they were stuck there until the storm blew out. They landed at around three in the morning, and McCartney and Lennon, too keyed up to sleep, got very drunk in their motel room, with both men eventually reduced to tears and professing their love for each other. Hurricane Dora’s threat abated soon after, and the Beatles played Jacksonville on September 11 to a racially mixed crowd. 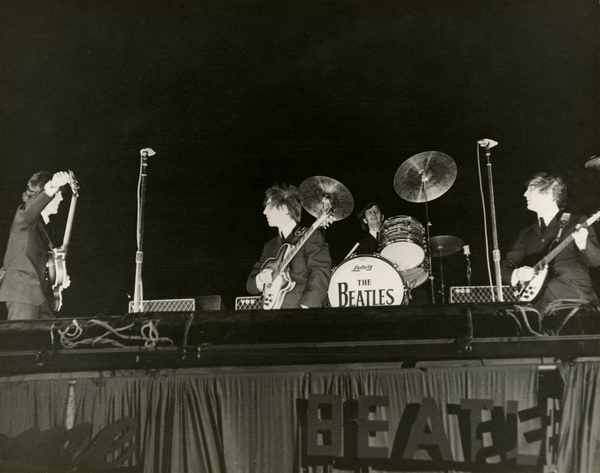