The nuclear tests at Enewetak were part of a series called Operation Greenhouse. The bombs in the Greenhouse series were smaller in size, weight and amount of fissile material used. At the time they were made, the US had already begun creating a stockpile of such weapons in advance of testing.

Operation Greenhouse was not the first test of the Eisenhower administration, but it was the first to take place at the Pacific Proving Grounds (which were, technically, not even US territory, being instead land held under a United Nations mandate). The aggressive testing schedule of 1951 was largely in response to Soviet Union’s first successful nuclear test in August 1949. 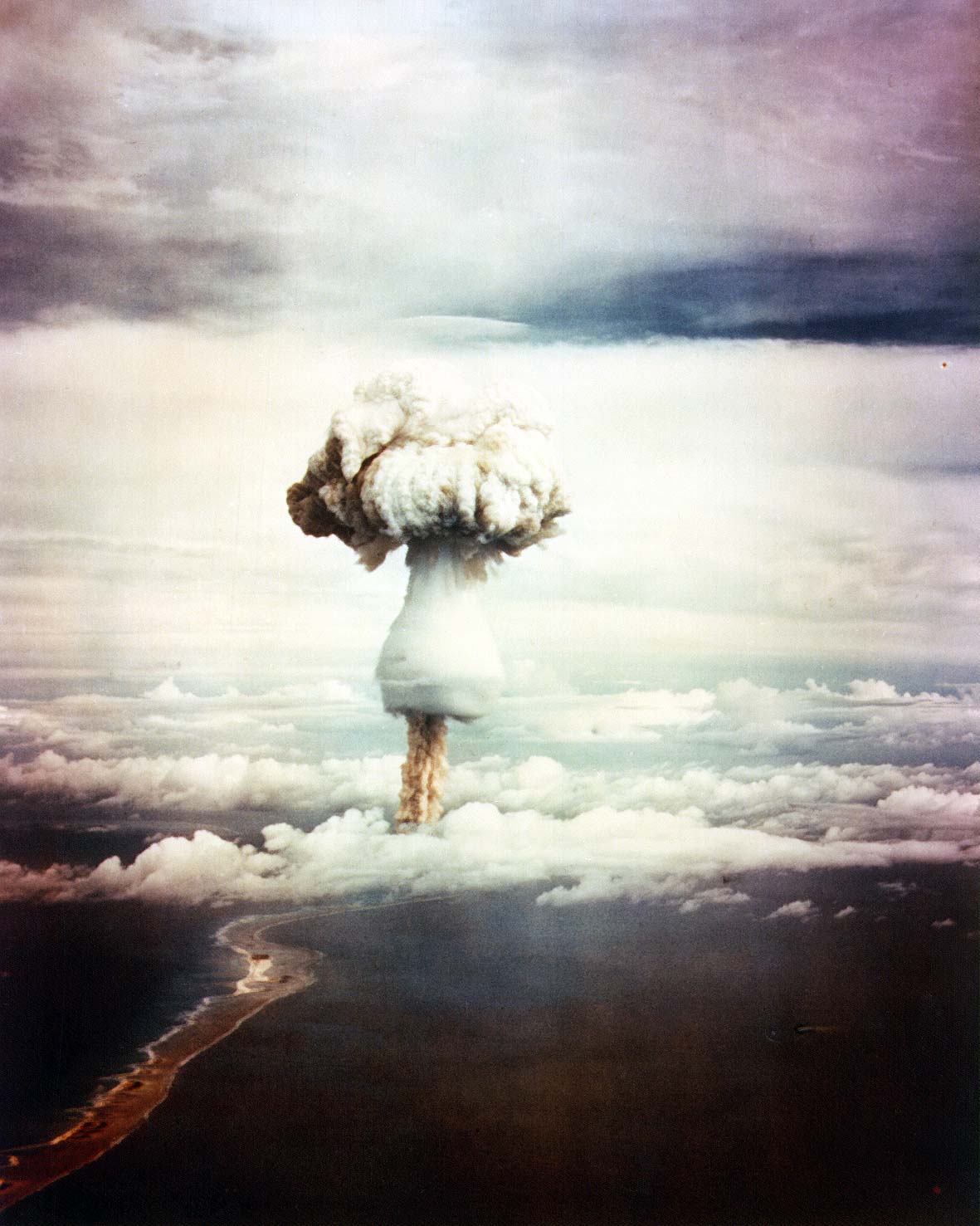 By U.S. Federal Government – This image is available from the National Nuclear Security Administration Nevada Site Office Photo Library under number XX-28.
This tag does not indicate the copyright status of the attached work. A normal copyright tag is still required., Public Domain, Link