Michael Davitt was born in County Mayo, Ireland, in the year 1846, during the worst of the Great Famine (known outside of Ireland as Irish Potato Famine). He grew up passionately devoted to the cause of Irish freedom, which led him to join the Irish Republican Brotherhood.

It was as a member of the latter that he was arrested while waiting to collect an arms shipment in Paddington Station, London. He was charged with treason and convicted to 14 years imprisonment with hard labour. Davitt, not unreasonably, claimed that he had never received a fair trial or an adequate defence. In prison, he kept busy writing his political allies, and these letters became a part of their ammunition in demanding an end to the unjust imprisonment and cruel treatement of Irish political prisoners in the United Kingdom. He was released on December 19, 1877, after serving seven and a half years of his sentence, and given a hero’s welcome in his return to Ireland. 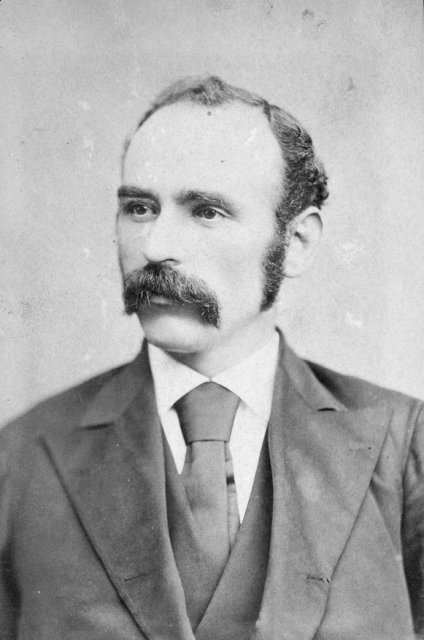 Michael Davitt was 60 years old when he died in Elphis Hospital, Dublin. In his six decades of life, he’d been a Fenian revolutionary, served seven years of a fifteen year sentence for treason, was pardoned, and imprisoned again on new charges relating to his activities with various groups agitating for Irish freedom. He was elected as a Member of Parliament, but disqualified due to his confinement. He toured the world, giving speeches to raise awareness of the issues facing Ireland.

Although he did not live to see the struggle for Irish self-determination completed – indeed, some would say that it still has not – he was instrumental in many of the developments that led towards it, notably the Land Act of 1881 and the Ashbourn Act of 1885. After his death, he became an inspiration to others whose struggles resembled his – notably, Mahatma Gandhi attributed the origins of and inspiration for his own peaceful resistance to Davitt’s life and work.