Under the terms of the Atlantic Striped Bass Conservation Act of 1984, it became possible for duly appointed local authorities (reporting in turn to state authorities, under the overall coordination of the Atlantic States Marine Fisheries Commission) to declare moratoriums on fishing for the Atlantic Striped Bass – known to fisherman as the Striper – for periods of up to 30 days. But these moratoriums could also be renewed more or less indefinitely, until it was determined by the authority that the population of the fish had recovered sufficiently.

While in most locations, populations of the Atlantic Striped Bass did indeed recover – although the process took around a decade – that was little consolation to the fisherman who lost their livelihoods in the meantime. 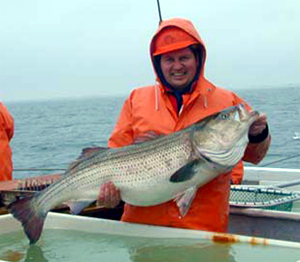