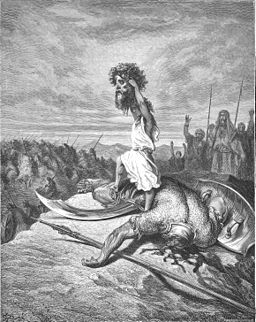 In August 1831, guided by visions sent from God (or so he claimed), black slave Nat Turner led a rebellion of slaves in Virginia. Turner and his fellow rebels killed between 55 and 65 white men, women and children (accounts vary as the exact number). But the rebellion was put down quickly, and most of the rebels were slain or captured (and then, for the most part, executed).

Nat Turner eluded capture for many weeks after the end of the slave rebellion he had led. It was not until October 30 – more than two months later – that he was captured. He was tried in Jerusalem, Virginia, and defended by white lawyer Thomas Gray. The trial did not take long – on a single day, he was tried, convicted and sentenced to death. Turner was hung on November 11, 1831. Controversy regarding his goals and methods continues to this day.