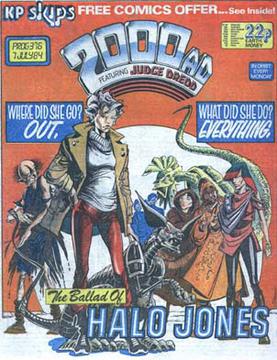 Little is known about Amazo Pills other than the name. Certain inferences can be be made based on it, however.

Amazo Pills are named after an android created by one Professor Ivo, which was able to duplicate all the superhuman abilities of the Justice League of America.

It is likely, therefore, that the pills duplicate this effect to some extent, and presumably allow the user to duplicate the powers of nearby superhumans. Amazo himself was able to duplicate even powers granted by artifacts such as Green Lantern’s ring or Wonder Woman’s lasso – it is unlikely that the drug is anywhere near this powerful.

Batch 5 is a particular formulation in a series of mixtures of Pituarin and Pinearin. The exact quantities of each, and any other possible ingredients, are not known. A potent and unpredictable mutagen, it was administered to several inmates at the Larkhill Resettlement Camp during 1993.

While the effects of Batches 1 through 4 are unknown, Batch 5 frequently caused the development of supernumary organs in those it was administered to, often accompanied by the atrophy of other organs. It was regarded as a success by the researchers and administration of Larkhill, although those it was administered to were not volunteers and gave no consent to be experimented on, and most of them died in agony.

In at least once case, that of the individual known only as “Codename V”, Batch 5 seems to have caused no deleterious physical effects, instead apparently enhancing strength and agility, although it is possible that the drug did drive “V” mad – or perhaps madder, as “V” may have already been insane at the time he was dosed.

No known samples of Batch 5 or instructions for its preparation survived the destruction of the Larkhill camp by “Codename V”.

Of unknown derivation, Hyperdrene is generally considered to be an hallucinogen, as the imps and pixies one sees under its influence are presumably hallucinations.

However, these hallucinations can be seen by other people too, although only during the 4-5 hours that the drug’s effects last, which begs the question of whether or not they are real.

It is possible that Hyperdrene is not an hallucinogen at all, but rather a drug that creates a briefly existing super-position between this dimension and the adjacent one more usually inhabited by the pixies. Attempts to question the pixies about this have been fruitless, as their only form of communication appears to be reciting nonsensical couplets.

KT-28’s, or Katies, as they are known on the street, are a psychoactive drug from the graphic novel Watchmen by Alan Moore and Dave Gibbons. The effects of this drug are never made clear in the book, only that it is a popular and addictive street drug with the ‘Knot-Tops’ of New York – a curious coincidence, given the drug’s name.

However, in an apparently unrelated section of the book, Dr Manhattan mentions that he can synthesize lithium in limitless amounts, leading to a number of scientific advances based on cheap, abundant lithium.

On that basis, it is likely that this otherwise unknown drug is also a lithium derivative – and indeed, lithium has a long history as a drug used in psychiatric treatments, making it a likely choice. Based on the name of the drug, which sounds more like an abbreviated chemical formula than anything street, it’s likely that KT-28 is a drug with a legitimate psychiatric use that finds its way to the streets illicitly.

Derived from the bodily fluids of one of the fastest of all mammals, Moongoose Blood is a superhuman level stimulant, capable of accelerating the bodies of users into speeds just short of light speed, visible to the naked eye only as lightning-like flashes.

Also known as ‘Goose Juice, the drug is highly illegal and the police force of Neopolis finds it a perennial problem.

An entire sub-culture has grown up around the use of Mongoose Blood, which can be best characterised as ‘extreme rave culture’. Goose music is so fast that to those not currently on the drug hear it only as a painfully high-pitched whine.

A highly dangerous and radioactive drug, Xenite is not native to the world of Top Ten (and America’s Best Comics in general). It is an element from a different periodic table, specifically that of Grand Central, the parallel universe of Precinct 1.

Given its nature, there are very few people who can use it without suffering radiation poisoning, all of them superhuman or divine in nature. The only known user of the drug at this time is Commisioner Ultima, of Grand Central, whose power levels were akin to those of Superman. As she is now deceased, the origins and history of the drug may never be known.

In effect, the drug appeared to be a form of super-powered heroin, although given that the only depiction of its use was a deliberate overdose, it is hard to be certain of this identification.