Originating from a 1934 comic strip appearing in publications of the King Features Syndicate, Flash Gordon was one of Buck Rogers’ earliest competitors, and far and away his most successful. Flash Gordon was a blonde American hero who, with his love interest Dale Arden and scientist companion Dr Hans Zarkov, is transported to the planet Mongo. Here, Gordon comes into conflict with the dictator, Ming the Merciless, and encounters Ming’s many client states, slowly uniting them into a force that can overthrow the despot.

In 1936, Flash Gordon first his the silver screen. Episode one of a thirteen part serial premiered on April 6, starring Buster Crabbe as the title character. Since that time, there have been numerous sequels and revivals of the character, most notably the 1980 feature film of the same title that attempted to cash in on the popularity of Star Wars. 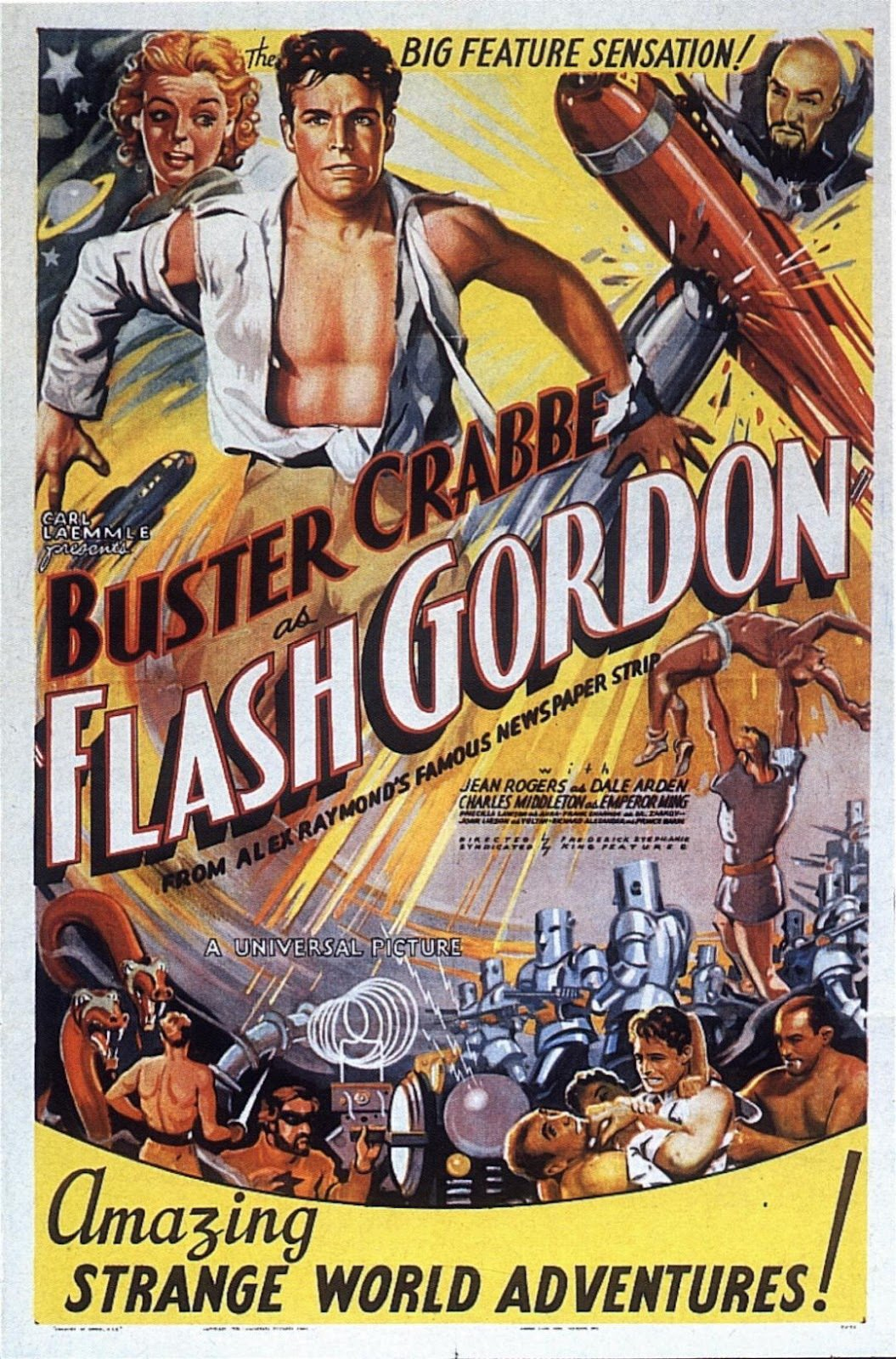