You remember Hackers, right? A film with laughably stupid conceptions of computing and the (at that time) nascent internet, but also with fun characters and wonderfully quotable dialogue?

So, after the Plague was sent to prison, and the charges against our heroes were dropped, what then?

Emmanuel Goldstein (a.k.a. Cereal Killer) is a successful cable tv show host, running the chat show “Gross is Cool” on the Comedy Network since 2002. He is often seen as the left-wing equivalent of Stephen Colbert, with whom he maintains a friendly rivalry. Goldstein also makes frequent guest appearances on Andrew W.K.’s show “Destroy Build Destroy”.

Joey Pardella was one of the minds behind a string of moderately successful internet start-ups, such as Ain’t It Cool News and TvTropes.Org. He is currently back in rehab after once more losing control of his coke habit, and has come to view his rehab-buddies Jay Meyes and Charlie Sheen as mentor figures. 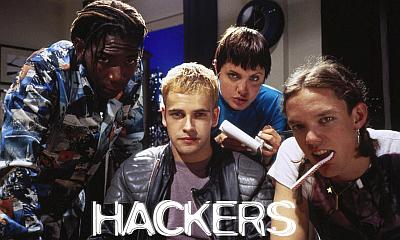 Ramon Sánchez (a.k.a The Phantom Phreak) got into advertising, and did fairly well for himself, due largely to his ability to stay in touch with youth culture. He’s now reaching an age where he’s starting to consider what he might like to do next – not so much a mid-life crisis as a case of boredom with his current career.

Paul Cook (a.k.a. Lord Nikon) became a forensic hacker working with the NSA. His eidetic memory has proved remarkably useful to him in his career, although moreso for its usefulness in recalling dirt on his political rivals in the agency than in his actual work. A member of the Democratic party, insiders are rumoured to be grooming him for a Presidential run in 2020 or 2024.

Richard Gill rose through the ranks of the Secret Service to become a high-ranking member of the Obama cabinet. He remains a favoured target of mischievous hackers everywhere, and has learned the hard way that having a presence on FaceBook or Twitter is not for him. Julian Assange declared him to be a primary target of Wikileaks in 2005, but the only dirt that could be found on Gill was ten years old and obviously fake.

Curtis eventually discovered that there wasn’t much future in looking “cool all day long” after failing to become an actor in television commercials, and now works at a diner in upstate New York.

Razor and Blade eventually split up, when Blade learned that Razor was actually bi, not gay. Razor is now happily married and teaches computer classes in a Brooklyn high school. Blade moved to Porrtland, Oregon, when he scripts the hilarious but increasingly bitter webcomic “Unexpected Outputs”.

Dade Murphy (a.k.a. Zero Cool a.k.a. Crash Override) and Kate Libby (a.k.a. Acid Burn) graduated high school and moved in together. It’s been more than a decade, and there is still no sign that either marriage or children are in the offfing, and their relationship rarely involves actual face to face communication. They’re one of the few couples in the world who’d rather IM the person in the bed next to them than actually talk.

Eugene Belford (a.k.a. The Plague) spent most of his time in prison writing angry screeds about proper password security. He was paroled by outgoing President Bill Clinton in 2000, and promptly found work as a consultant, working mostly for MicroSoft, Google and Facebook. He is officially listed as having died during the September 11 World Trade Centre attacks, although there are unverified sightings of a man matching his description seen in the vicinity of Mossad installations in Tel Aviv. A related rumour claims that he is in fact a mercenary in the pay of Al Qaida, working as a mole in Mossad.