It’s been more than thirty years since that fateful day in 1984, and the original members of the club are now pushing 50. These are the long, strange trips they’ve had.

Brian Johnson is the most prominently successful of the group. The kid who took such pleasure in writing an essay in detention, and whose fierce insistence on treating people with the respect they deserved surprised the others with its intensity realised, in the end, that he wanted to tell the truth. He’s now a journalist specialising in long-form pieces and the occasional book on popular science and the like – a rival to the Malcolm Gladwells and Douglas Rushkoffs of the world. More than any other member of the club, he’s succeeded in staying friends with all the others. Brian finds, even now, that his mental pursuits are more satisfying than romantic entanglements, although he has a long-standing friendship with benefits with his agent. 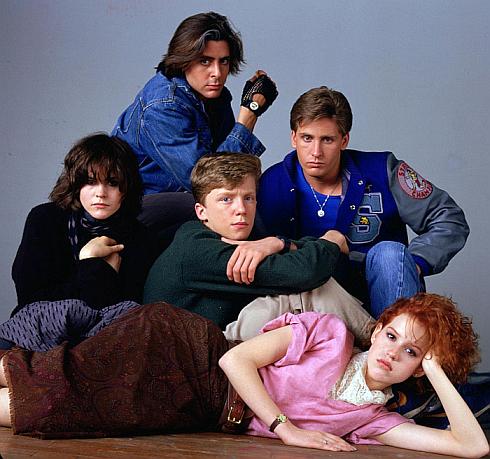 Andrew Clark eventually realised that wrestling was not for him. At a high school or college level, where it was a sport, it was fine. But growing up in the era of Hulkamania soured him on the sport (especially once Brian explained the meaning of the word “kayfabe” to him), and in his senior year, he switched to football, where he was successful enough as an offensive tackle (usually a left tackle) to get a college scholarship. He and Alison broke up at that point with no real hard feelings on either side – she understoof better than him that they couldn’t maintain a long distance relationship; after some initial bitterness at being dumped, Andy was quick to discover the many romantic and sexual possibilities being a college freshman offered. Partying and injuries took their toll on his athletic performance, and he washed out of college in the end. His father never let him hear the end of it, and Andy eventually moved out to the west coast to get away from him. After accompanying a nervous friend to an audition one day and getting the part himself, he found a new career as a voice actor. He makes enough to support his wife and kids, and is very careful not to pressure the little ones about their futures.

Claire Standish found her world turned upside down when her parents finally did divorce – the week after she went away to college. With no clear idea of what she wanted to do in life, other than not be like her parents, Claire drifted into political activism and studied the humanities. After her degree, she transferred colleges to pursue postgraduate study. When she completed a PhD in History, she went on to work as a volunteer anywhere she felt she could be useful, and finally learned how important money can be when you don’t have any of it. Today, she is the chief financial officer of Human Aid International, a global charity dedicated to improving health and education in third world nations. She doesn’t see her partner very often, but when they do get together, it’s as passionate as ever.

Alison Reynolds, perhaps more than any of the others, found her life changed by the events of March 24, 1984. She’d never really had friends before, and although her first few months trying to were rocky at times, she learned quickly. Being more connected to her cohort also helped her grades along – in geography, she discovered what would become her abiding passion in life: the study of tectonics. At college, she would likely have sunk back into her old ways had not her roommate dragged her along to social events until she made friends. Alison studied hard and good grades, but didn’t see a need for more than the occasional one night stand. But that all changed when she and Claire were reunited. Without either of them really planning it, the pair fell into a relationship with each other, and as of 2015, are married. Alison’s parents used this as an excuse to refuse to speak to her at all.

John Bender, to his own surprise, ended up becoming good friends with Brian after the two partnered on a group assignment in Shop class. They became study buddies, and even hung out occasionally. In 1987, they attended a screening of A Nightmare on Elm Street 3: Dream Warriors (Claire refused to come along, and the argument about the film eventually led to their break-up), and a joking observation by Brian that if Bender had been a member of that group, Freddie would have been annihilated by their scornful laughter got him thinking. Bender realised that not only would he not wish his shitty life on anyone else, he’d also like to help other people deal with theirs. With the support of the rest of the gang, he studied hard and scraped into a local college. Here, he studied psychology, intending to become an encounter group therapist. He is credited with having helped several members of the so-called “fight clubs”, a domestic terrorist organisation, return to normal, happy lives.

Carl Reid took a long look at how twisted Principal Vernon had become, and decided that he wanted more out of life. He went back to school, doing night classes to qualify as a real estate agent. He now works at the same firm as Katie Bueller.

Dick Vernon was found dead in his office in 1993. He had slashed his wrists. His suicide note blamed the ingratitude of his students.