Born in Tenterfield, in country New South Wales, Peter George Woolnough was performing from an early age. In the 1960’s, he and a friend named Chris Bell formed an ensemble called ‘The Allen Brothers’, and became a reasonably popular cabaret act both live and on television.

Peter Allen, as he now called himself, got his start when he joined a tour with Judy Garland in the late Sixties. In 1971, he began recording as a solo artist, and over the next two decades, had a number of hits, notably “I Go To Rio”, “Arthur’s Theme (The Best That You Can Do)” (which he co-wrote and shared in the Oscar for) and “I Still Call Australia Home”. A musical retelling of his life story, “The Boy From Oz”, starring Hugh Jackman, was a Broadway hit in 2003 and 2004, with Jackman winning a Tony for his performance. 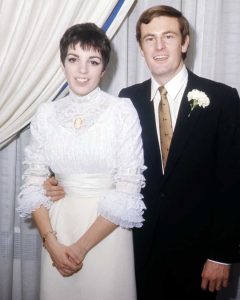