It was nothing short of a revelation.

A host playing music clips or having bands perform live in the studio was nothing new, but it was the way Basia went about it. For a start, she didn’t pass herself off as an expert, just an enthusiastic fan. And the music! At that time, Australian television played mostly mainstream acts from the UK, the US, or home. Basia took the title of her show as a mission statement: she didn’t care where in the world a piece of music came from, so long as it was good.

Fans responded to this approach, and the show rapidly went from playing once a week to screening four times a week. It only lasted three years, but those three years saw the Australian music landscape changed forever, with international influences becoming stronger, and local bands given a shot at reaching a national audience rather than just however many people could fit in the pub. 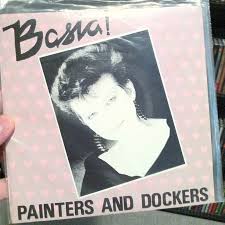