Michael Davitt and Charles Parnell were the two leadng lights of the Land League of Mayo. Formed in response to the Land Act of 1870, which was actually intended to make life for Irish farmers less harsh. Unfortunately, most of the good it might have donw was wiped away by years of economic depression that followed it – and even had that not been the case, it fell far short of what the Irish wanted. The demands of the Land League were the three F’s: Fair rent, Fixity of tenure and Free sale. It was one of the major resistance movements against British Rule in Ireland, intended as a way to fight for Irish Independence within the system, and to relieve some of the burdens of occupation.

Inevitably, resistance crystallised around it to become something less legal and more overt: the period of prolonged civil unrest and low level rebellion generally known as the Land War, and the Land League of Mayo was suppressed as a revolutionary organisation in 1881, and many of its leaders thrown into prison.

Most famous for his stage and screen portrayals of Dracula, Béla Lugosi was born in Austria-Hungary in the region of Lugoj (in what is now Romania). Born on October 20, 1882, his real name was Béla Ferenc Dezs? Blaskó.

After a successful beginning to his film and stage career in Hungary, he was forced to flee after World War One, and entered the United States via Ellis Island in 1921. He first acted on Broadway in 1922, and made his first American film in 1923. In 1927, he began playing the role of Dracula on Broadway, and later on tour. He played the same role in the 1931 film of Dracula, and became famous the world over for his performance.

But being a foreigner most famous for playing a monster led to typecasting in Hollywood, and this, along with a variety of other factors, including the closure of Universal’s horror films division and also Lugosi’s growing drug habit, made it harder and harder for him to get roles. His appearance as Dracula in “Abbott and Costello Meet Frankenstein” was his last role in a major film.

In the final months of life, he became friends with Ed Wood and appeared in several of his films. He also entered treatment for his addiction, which he completed successfully. However, old age and lifetime of drug abuse caught up with him, and he died of a heart attack on August 16, 1956. He was buried in his Dracula costume, but has yet to rise from the grave lusting for the blood of virgins, alas. 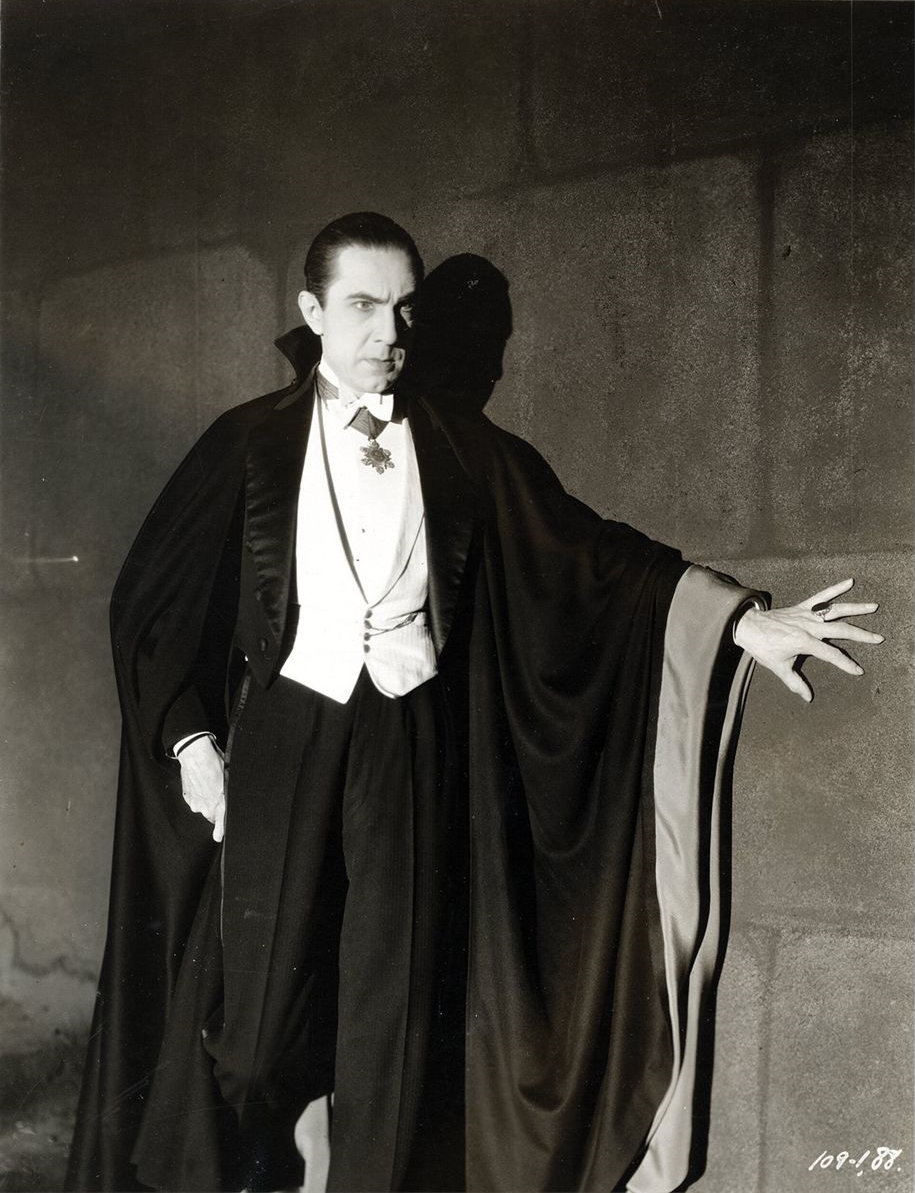