Tradition holds that this is the day that the Odyssey ended: that Ulysses returned to Ithaca, recruited his son and other allies, and tricked his wife’s suitors before slaughtering them all. Along the way, he was also reunited with, in order, his dog (who died of old age shortly thereafter), his father, his childhood nurse, and finally, his wife, Penelope, the most faithful woman in all of Greek Myth.

Twenty years after his departure for the ringing fields of windy Troy, the very last of the Danaans returned home. The age of myth in Greece, as we know it, ended shortly thereafter, with the final triumph of the wiliest and most determined of all the heroes of Greece. 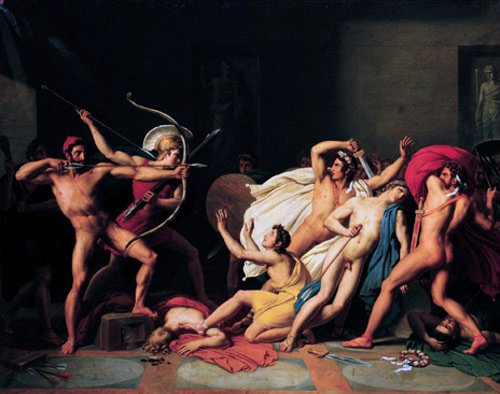