Nine days after the 9/11 attacks, George Bush gave his country what so very many of them were crying out for: a rallying cry, a cause and an outlet for vengeful bloodlust. The War on Terror – which has, nine years on, failed to achieve almost any of its stated goals (but which conspiracy theorists allege has achieved a number of its unstated goals) – has cost billions of dollars and thousands of lives. 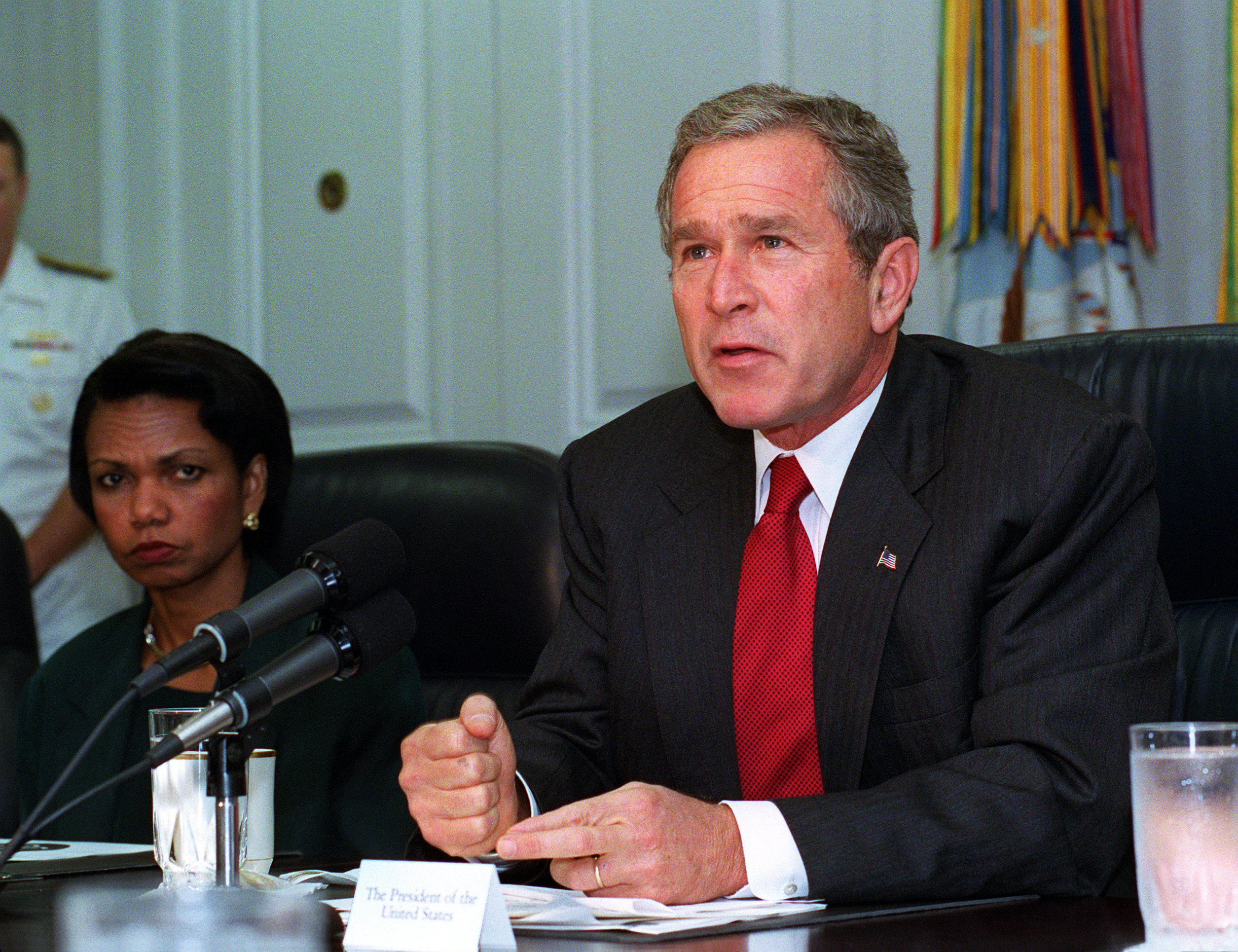 It was only the beginning of the end, but by the time it was done, one of the greatest success stories of American business would be revelaed to be one of the greatest lies in American business. Enron was an energy provider originally based in Houston, Texas, but which grew to become an international titan with interests in gas, electricity and even non-energy fields such as communications. It was lauded for its innovations in business.

However, it turned out that the most innovative thing about them was their interesting new accounting practices: Enron’s single greatest contribution to the history of American business was their creative – and illegal – account keeping. By the time the SEC concluded their investigation, Enron would have declared bankruptcy and their director, Ken Lay, would be convicted on ten counts of assorted frauds. He died of a heart attck before he commenced his prison sentence.

By Enron –
This vector image was created by converting the Encapsulated PostScript file available at Brands of the World (view • download).
Remember not all content there is in general free, see Commons:Fair use for more.
This tag does not indicate the copyright status of the attached work. A normal copyright tag is still required. See Commons:Licensing for more information., Public Domain, Link