September 15, 1935 — The Nuremberg Laws are passed by the Reichstag 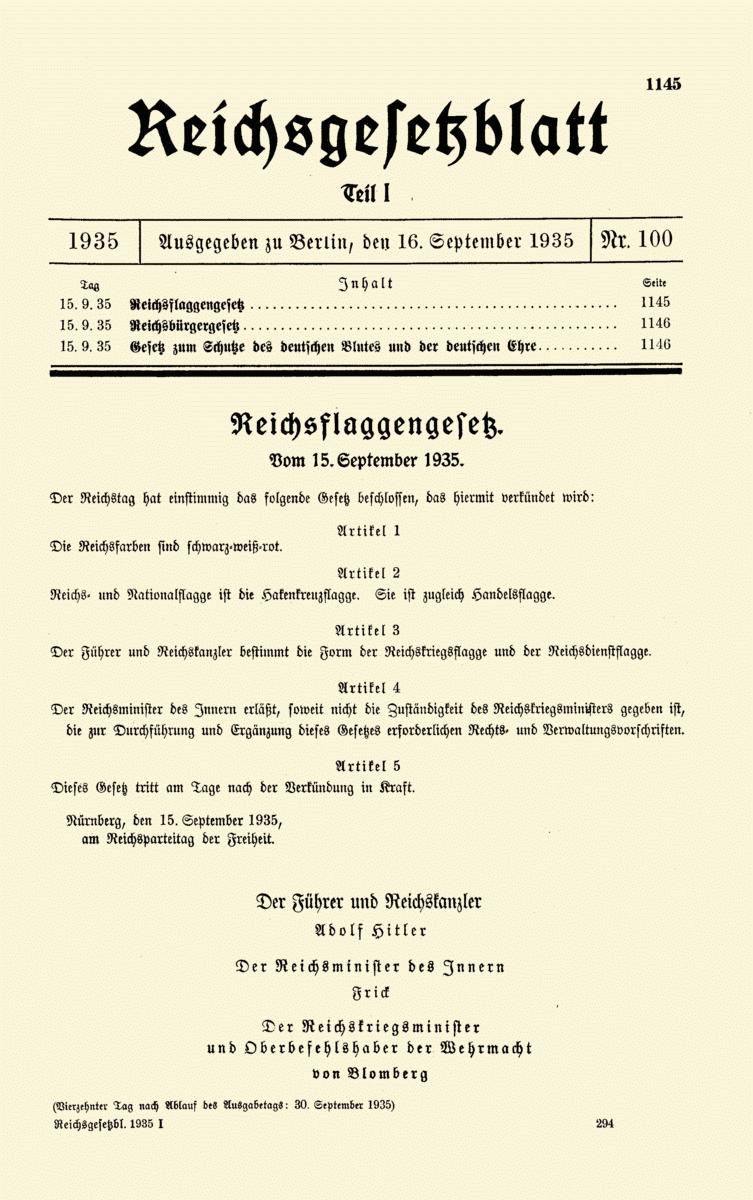