August 6, 1890 — The Electric Chair is first used to execute a condemned prisoner

The first person to be executed via the electric chair was William Kemmler in New York’s Auburn Prison on August 6, 1890; the ‘state electrician’ was Edwin Davis. The first 17-second passage of current through Kemmler caused unconsciousness, but failed to stop his heart and breathing. The attending physicians, Dr. Edward Charles Spitzka and Dr. Charles F. Macdonald, came forward to examine Kemmler. After confirming Kemmler was still alive, Spitzka reportedly called out, “Have the current turned on again, quick — no delay.”

The generator needed time to re-charge, however. In the second attempt, Kemmler was shocked with 2,000 volts. Blood vessels under the skin ruptured and bled and his body caught fire.

In all, the entire execution took approximately eight minutes. Westinghouse later commented: “They would have done better using an axe.” A reporter who witnessed it also said it was “an awful spectacle, far worse than hanging.” 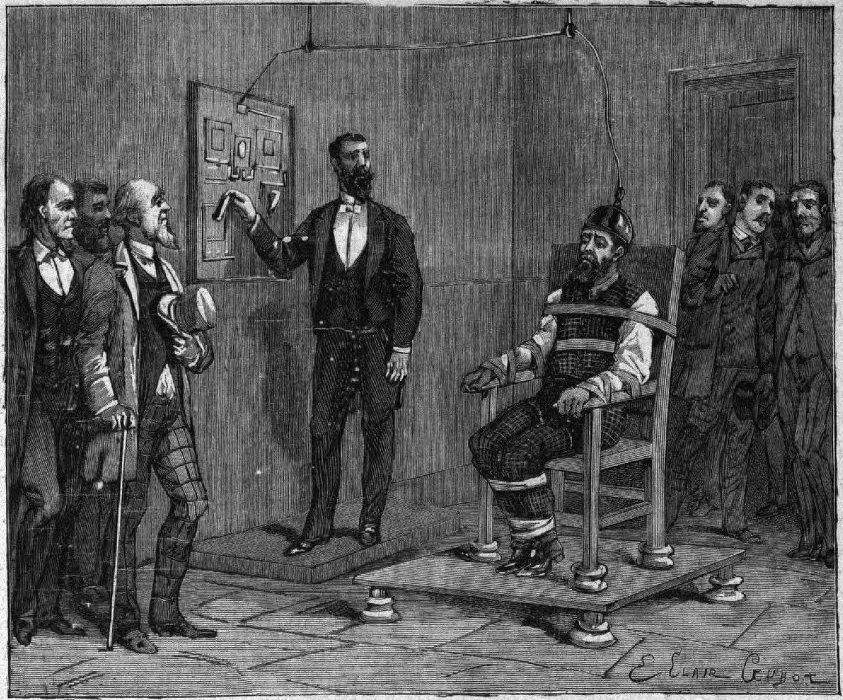