Accused of witchcraft and swiftly condemned and hanged for her supposed crimes, Bridget Bishop was the first person to be killed in the name of Christ during the hysteria of the Salem Witch Trials.

She was a resident of Salem Town – not Salem Village, as the majority of the other accused were – and it is believed that she may have been confused with the similarly named Sarah Bishop, a tavern-keeper in Salem Village. She was accused of bewitching five other women who were residents of Salem town (and each of whom would go on to accuse others of similar crimes). In a statement made after her arrest, Bridget stated that she did not know her accusers. Unfortunately for Bridget, she made contradictory statements at her trial (some of which may have been facetious or ironic), and the humourless religious fanatics who tried her were quick to seize on this as evidence of her guilt.

She was approximately sixty years old at the time of her trial, and known to be an outspoken woman in a time that regarded that quality with suspicion at best. She was found guilty, and sentenced to death.

On June 10, 1692, she was hanged. By the time the hysteria died down, another 19 people would be executed with a similar lack of evidence (or indeed, of common sense), and four more would die in prison. 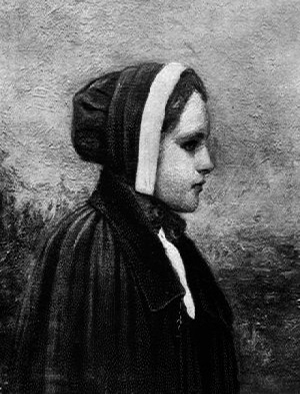