It is the decisive exclamation mark that ends the English Civil War. Never before had an English monarch been deposed, tried and convicted of high treason, and then executed. (To date, no other English monarch has suffered the same fate, either.) The decapitation of Charles the First made plain to the people of England and the courts of Europe that the winds of change were blowing in England.

Charles’ son, Charles II, would eventually be restored to the throne that was his by right of primogeniture, and in the interregnum that followed, England would be variously led by Parliament, by Lord-Protector Oliver Cromwell, and briefly, by Lord-Protector Richard Cromwell (Oliver’s less talented and determined son). The restored king was a damned sight more careful of Parliament, and the gradual decline of the power of the monarchy would only continue from this time onwards. 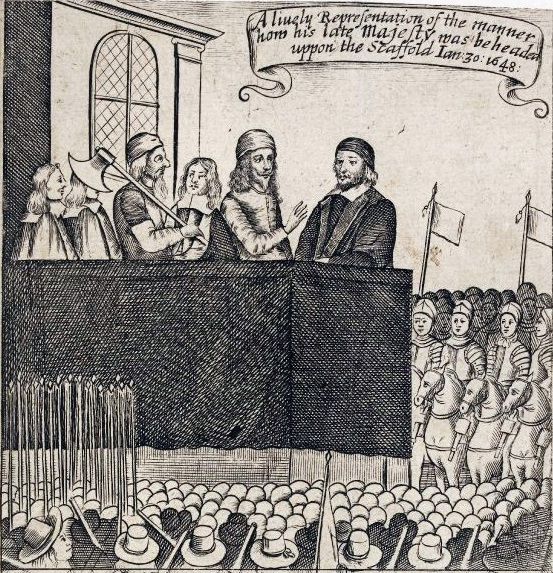