Solomon, legendarily the wisest man in all of antiquity, was the son of King David of Israel. He ascended to the throne after his mother Bathsheba and the prophet Nathan prevailed upon the elderly (and possibly senile by that time) David to name him heir ahead of his brother Adonijah (who was the heir-apparent). Adonijah, for some reason, reacted badly to this, and led a brief rebellion that ended in his arrest and execution. 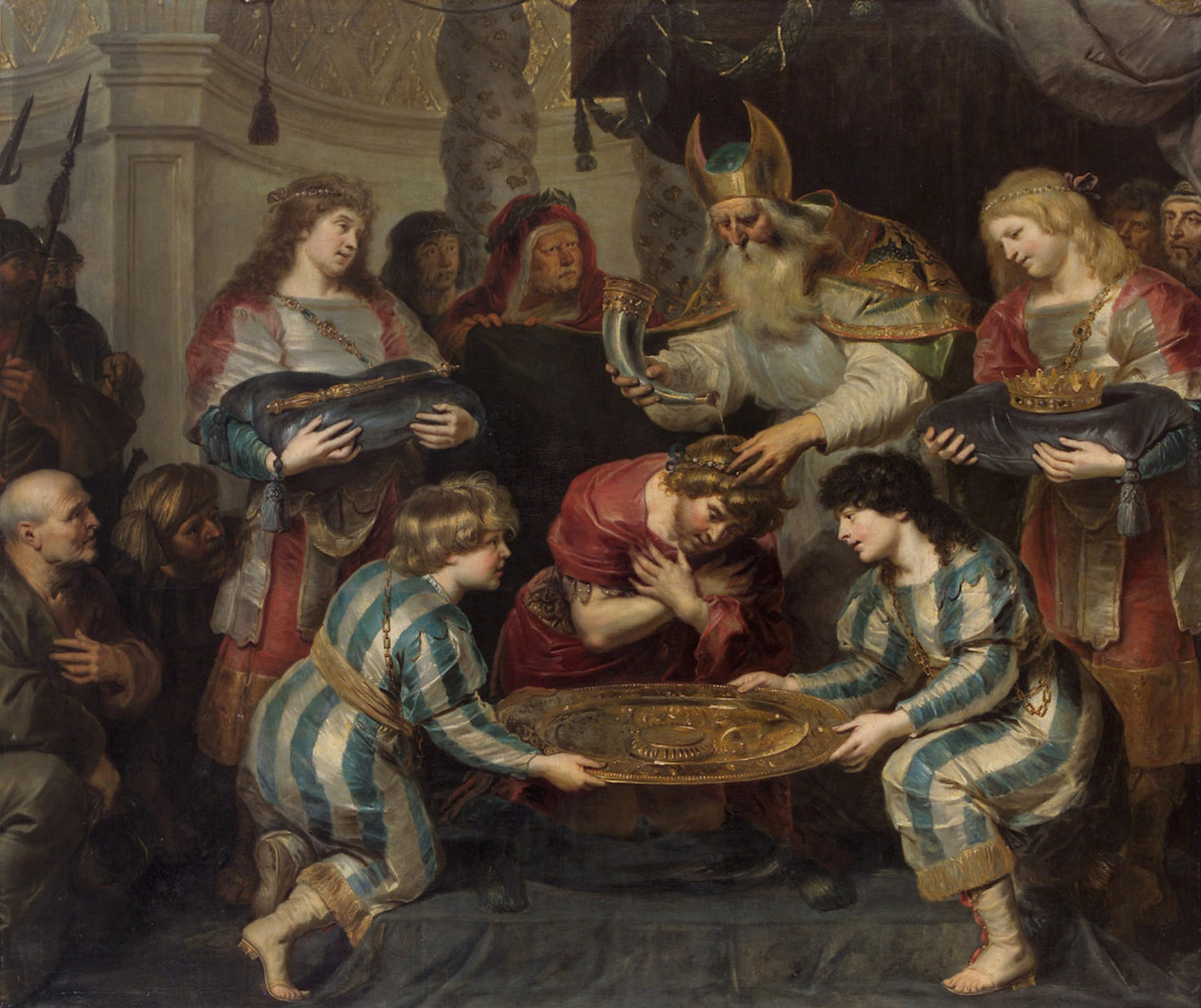