One of the greatest – and definitely one of the best-known – daredevils of all time, Evel Knievel (born Robert Craig Knievel, but far better known by his stage name), was most famous for his motorcycle jumps – he attempted more than 30 between 1965 and 1980, the peak of his career. A staunch patriot, his standard costume was white leathers with red, white and blue trim in a stars and stripes motif. But it the was man himself who became the icon.

Knievel was 69 years old and long since retired at the time of his death. He had broken 35 bones in the course of his career (earning the Guinness Book of Records citation for most bones broken in a lifetime), and endured numerous surgeries. But his death came as a result of diabetes and pulmonary fibrosis, albeit complicated and worsened by the strain he had placed on his body over the years. 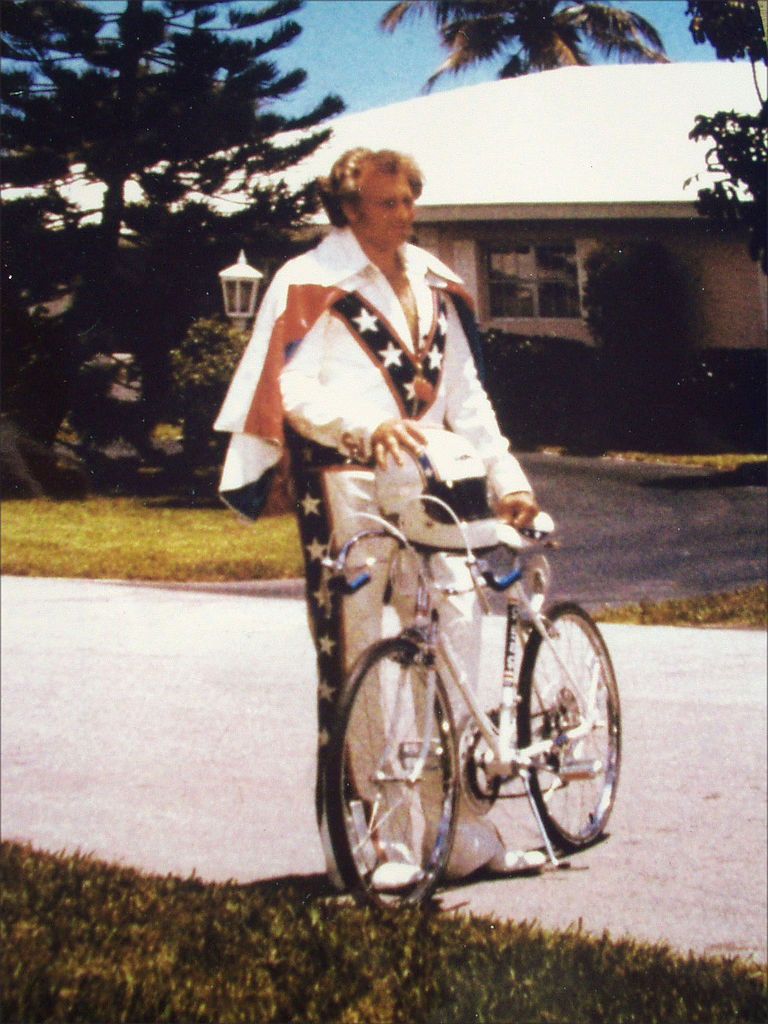 The Skycycle Blues — B. Dolan