Like the Communist Parties of all the Eastern European states, the Bulgarian Communist Party found its power and authority undermined by the reforms made by Mikhail Gorbachev in the Perestroika era. The immediate cause of the fall of the Communists was the break up of a demonstration in Sofia in October 1989. Public outcry led to the replacement of Todor Zhivkov, the ruling autocrat, with Petar Mladenov, but this was too little too late.

As the people of Bulgaria remained restive, and as other Communist states in Eastern Europe fell (notably the fall of the Berlin Wall in East Germany and the Velvet Revolution in Czechoslovakia that November), demands for similar reforms mounted. Finally, Mladenov complied. On December 11, he announced on national television that Communist Party would relinquish power, and in June of the following year, the first free elections since 1939 were in held. 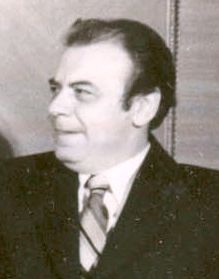