When the Space Shuttle Challenger launched on June 18, 1983 on mission STS-7, Sally Kristen Ride, age 32, became the first American woman in space as a crew member. (She was third overall, behind the Soviets Valentina Tereshkova in 1963 and Svetlana Savitskaya in 1982.)

Ride was selected by NASA in 1978, after answering a newspaper advertisement for the space program – 8900 other people also answered it. On her first mission, she was one of a five member crew who deployed two communications satellites and conducted pharmaceutical experiments. Ride rode again in 1984, again on the Challenger, and after the Challenger exploded on takeoff, she was a member of the Presidential Committee charged with investigating the mishap. 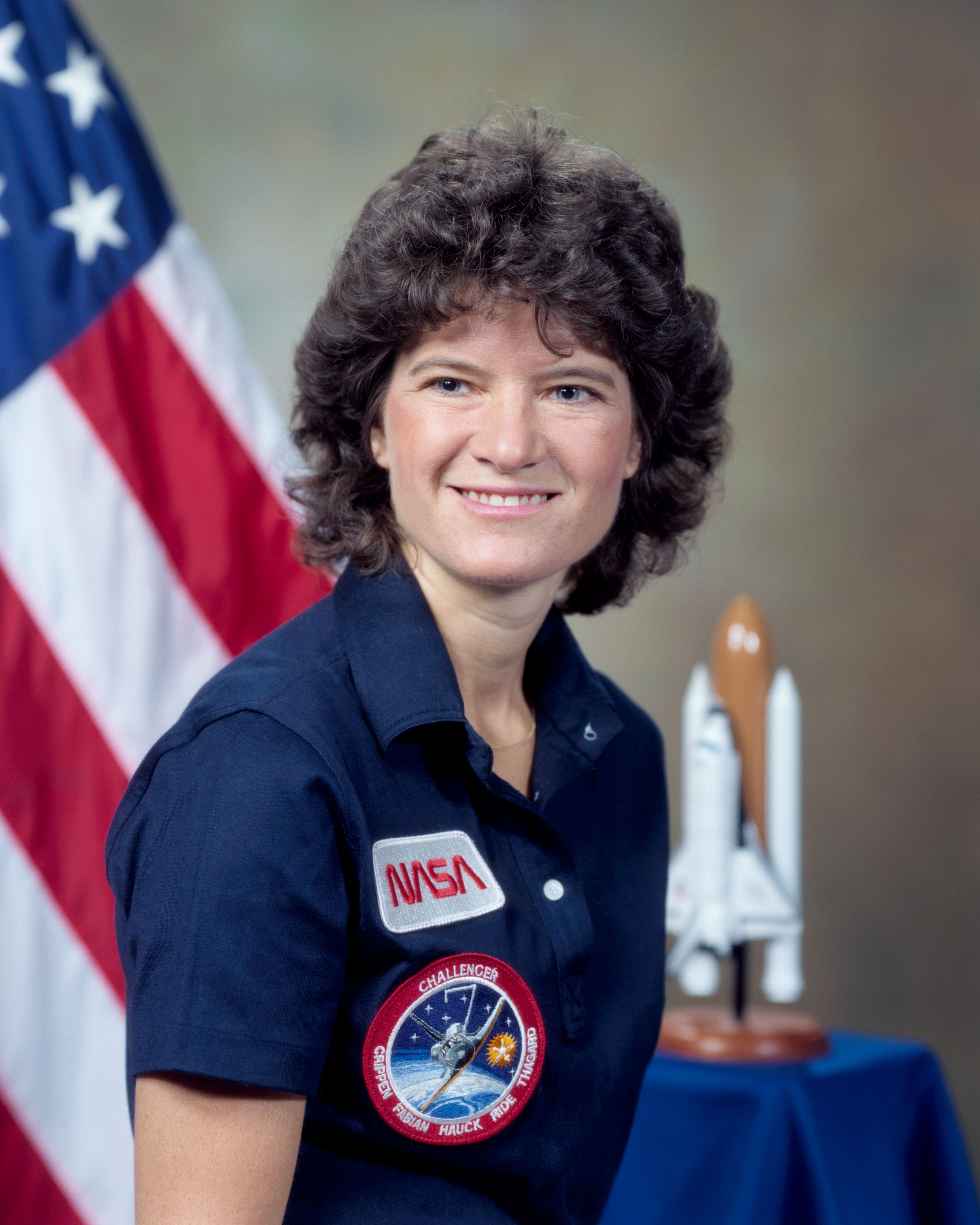