In the early days of space exploration, no government seemed ready to send humans into space. After all, no one knew what sort of effects exposure to conditions in space would have on human biology. But dogs and monkeys were fair game.

The United States launched monkey flights between 1948 and 1961, and France launched two monkey space flights in 1967. Most – but not all – monkeys were anesthetized before lift-off. Each monkey flew only one mission, although there were numerous back-up monkeys also went through the programs but never flew. Monkey species used included rhesus monkeys, cynomolgus monkeys, squirrel monkeys and pig-tailed macaques.

Able, was a rhesus monkey, and Miss Baker, a squirrel monkey, and on May 28, 1959, aboard the JUPITER AM-18, they became the first living beings to successfully return to Earth after traveling in space. They travelled in excess of 16,000 km/h, and withstood 38 g (373 m/s²). Their names had no particular significance, being simply taken from a phonetic alphabet.

Able died on June 1, 1959 during surgery but Baker lived into old age, dying on November 29, 1984, She is buried on the grounds of the US Space and Rocket Center in Huntsville, Alabama, and Able was preserved, and is now on display at the Smithsonian Institution’s National Air and Space Museum. 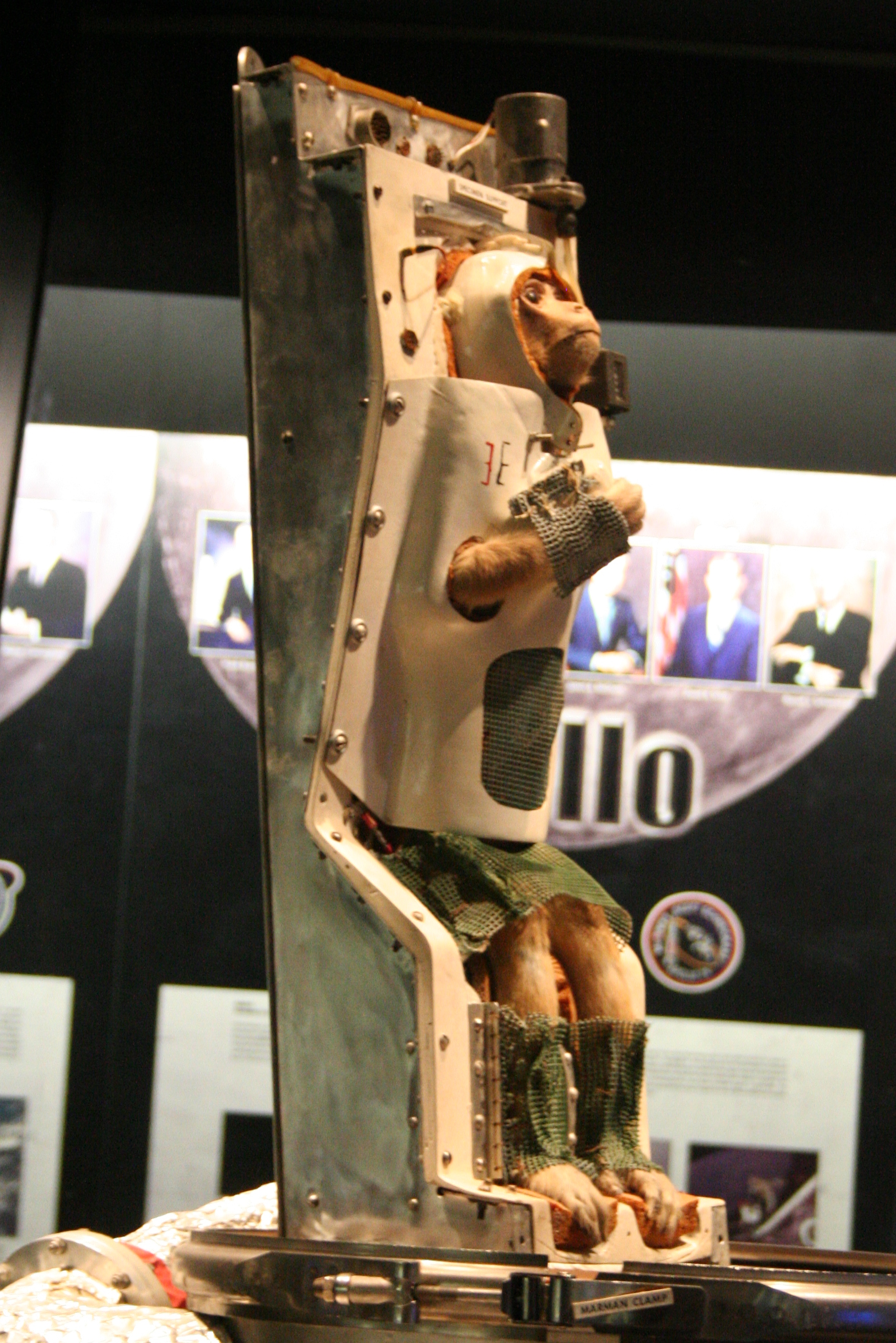