Nearly a year after the guns fell silent – and five years to the day since the assassination of Archduke Franz Ferdinand – the Treaty of Versailles marked the formal ending of hostilities between Germany and the Allies, Germany’s allies having been dealt with in separate treaties. The Treaty of Versailles was hailed as a great triumph almost everywhere except in Germany, which had been forced to take the blame for the war, forced to disarm and saddled with ruinous war reparations to pay – in addition to surrendering territory to Poland in the east and France in the west, and being stripped of all its colonial possessions.

As such, the treaty imposed a burden upon Germany that was certain to foster resentment and to cripple the German economy. When the Depression hit, a decade later, Germany was one of the places it hit hardest, since the government had to pay reparations ahead of any attempt to alleviate the economic effects. Come the hour, come the man – unfortunately for everyone, the man for that hour would be an Austrian named Adolf Hitler. 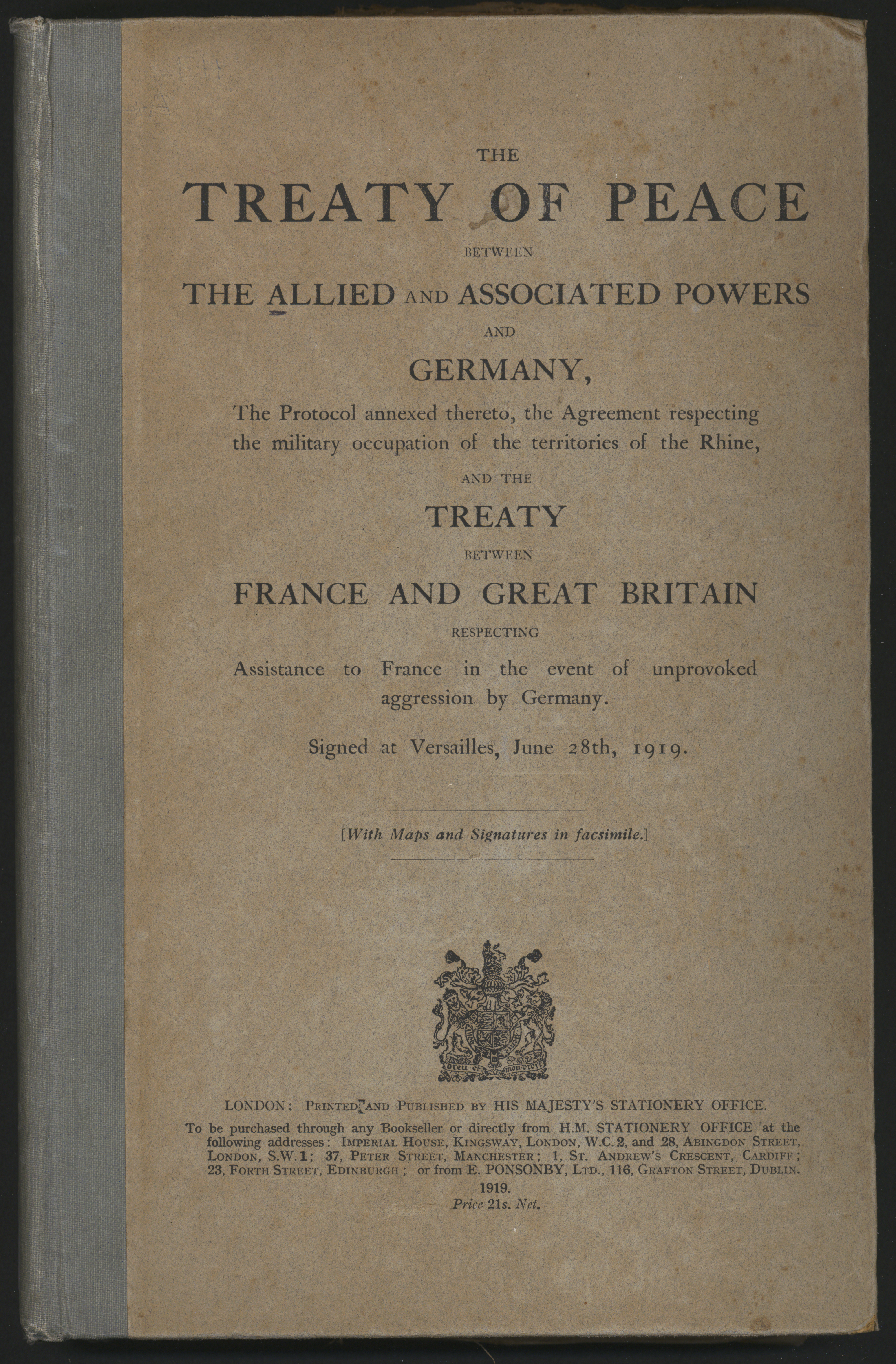 Like Loading...
Tagged  1919, I'll Meet You in Poland Baby, Jun 28, Scraping Foetus Off the Wheel, Treaty of Versailles, World War One.
Bookmark the permalink.