1212 — The Children’s Crusade sets out for the Holy Land

The Children’s Crusade is the name given to a variety of fictional and factual events which happened in 1212 that combine some or all of these elements: visions by a French or German boy; an intention to peacefully convert Muslims in the Holy Land to Christianity; bands of children marching from various other European nations to Italy; and finally, the children being sold into slavery and failing entirely in their admittedly unlikely and quixotic mission.

It has become a byword for tragedy, waste, naivete and religious stupidity, although of course, since it was never officially sanctioned by Rome, the Catholic Church denies all responsibility for it. 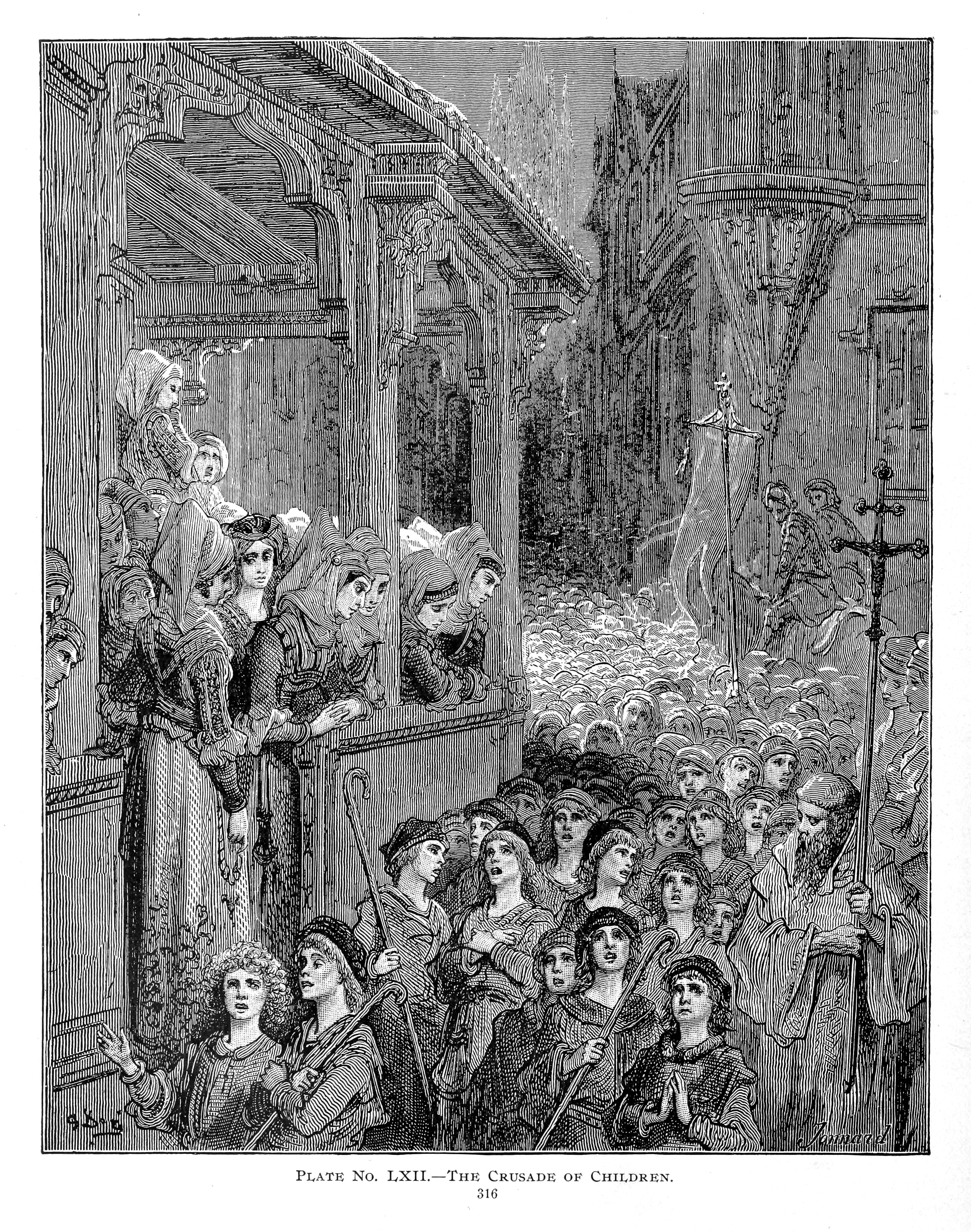