The Old Man died in 1979. His wake was held at the bar, and Bill played “Danny Boy” to close it out. It was the last song he ever played there.

John at the bar was wrong – he couldn’t be a movie star. However, a night helping cover for a certain piano player when he had a sore throat revealed a previously unknown talent – John was a really good singer. He never made it big on the pop charts, but he did make it big on Broadway throughout the Eighties and Nineties, eventually becoming a mentor figure to the likes of Neil Patrick Harris and Lin-Manual Miranda. 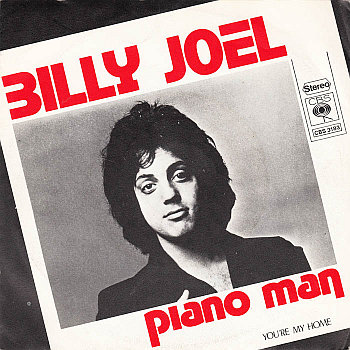 Paul the real estate novelist finally finished his great American novel in 1997. So far, 15 publishers have passed on it – although SyFy has expressed an interest in adapting it for television.

Davy did stay in the Navy for life. He served with distinction, rising the rank of Lieutenant before he retired in 2009. He wrote a well-regarded book on tactics of submarine warfare in the 21st century, and occasionally pops up as a military expert talking head on cable tv.

The Waitress stopped practising politics and got serious about it. In 1982, she was elected to her municipal council, and in 1992, she rode Bill Clinton’s coat tails into a congressional seat that she held until 2016. After the end of her political career, she sat down to write her memoirs, but discovered that she greatly preferred writing children’s books (which were also – mostly – less controversial).

The Businessmen are mostly retired or dead of cocaine overdoses now, but their successors can be found in the same bar, at the same time, doing the same things.